Although Swindon Shock suffered their first loss of the season to BC Medelynas last week with a 108-106 score.  They responded in a way that veteran players do.  The home side made quick work of their guest Oxford Brookes University and finished off with a win of 146-86.   “We have not had a lot of success against Oxford in the past but thats two games in a row against them that we have been nothing short of dominate.  It was a good game in the first quarter but their team started to trash talk and we took it a bit personal.  Ed Potter gave the team a goal to really lock down defensively and we roared to a 45-17 third quarter that blew the game open.  Mantas Kmita continued his hot streak scoring 38 points whilst Ed Potter added 25 and both Antonio Wilburn and Sam Newman scored 21 each.  “I think that was an all around team game and everyone got in on the act.  Ollie Swann had a career high of 12 points.  Whilst Alistair Tilney, Matt Ford and Janis Spruds all came just shy of hitting double digit points.  With starting forward Matt North was admitted to hospital the night before the game with an elbow injury, players stepped up in his absence.  Swindon will now have a short rest as they travel to Division 1 Barking Abbey Crusaders for the third round of the National Cup.  “This is the bar of where we would like to play said the head coach.  This is a well organised basketball academy that has set a standard for national League basketball and we get a chance to measure ourselves against a team like this. 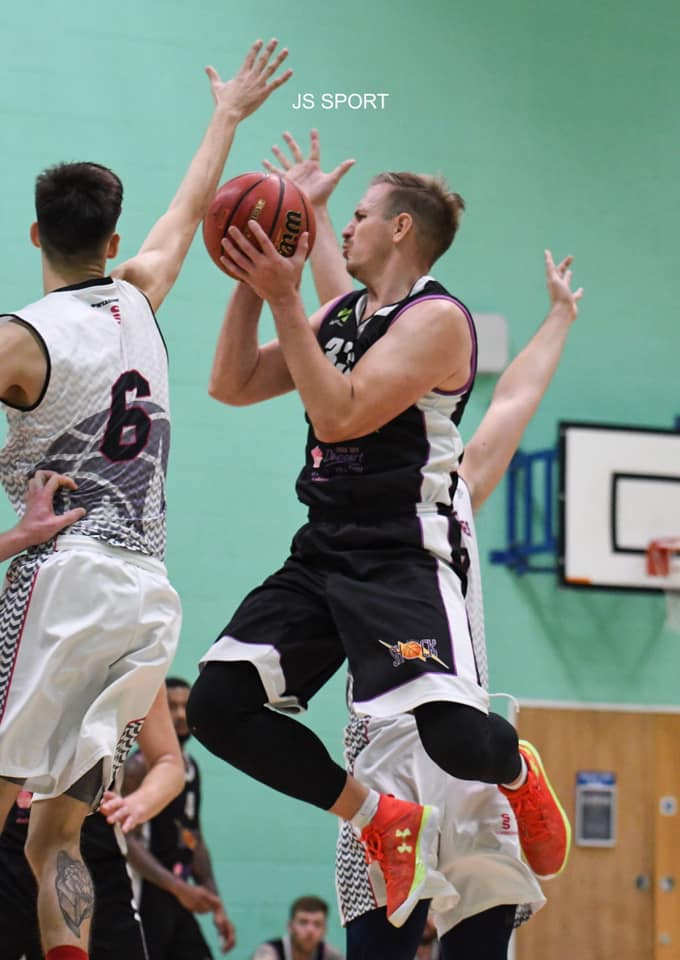