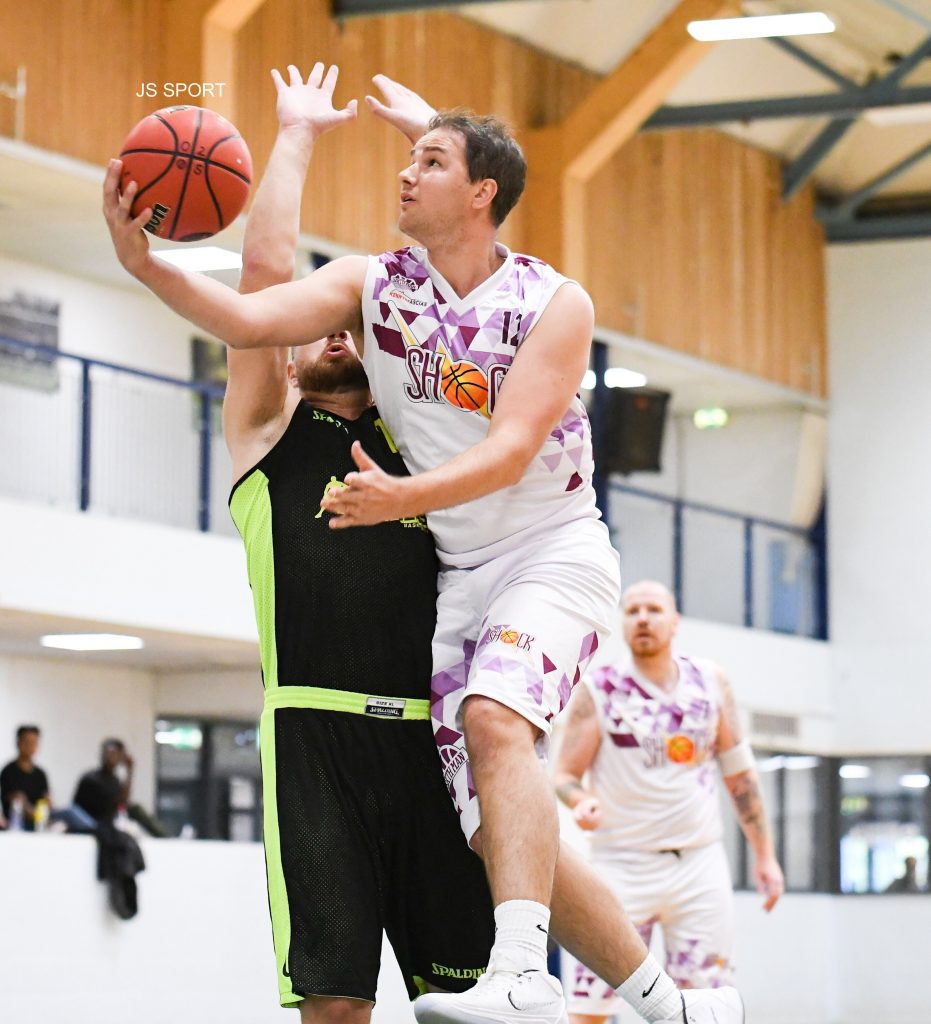 Swindon Shock improved to 2 and 0 after a long shorthanded journey against BSG Bognor Pirates.  “That was a good team we played against with an ex Division one 7 footer who could shoot the 3”  “They caused us some match up problems and we were smart to switch up our defenses throughout the game” said player coach David Colclough.  After leading by 9 at halftime and as many as 15 Bognor Blitz shock in the 3rd quarter in front of the 250 maned crowd.

Simon Kearney shot well keeping the wheels from falling off before Yakin Chowdry went on an 8-0 run to start the fourth that would see Shock never relinquish the lead.  Mark James sealed the game with 3 timely offensive plays taking advantage of high pick and rolls against Bognors 7 footer.

I knew we could run our devils offense because they had to spend so much energy coming back and they had to play the big guy the whole fourth quarter.  I wanted to use my speed to get to the basket said James.

With the crowd getting rowdy and Shock down 5 coach Colclough elected to go with his five starters for the remainder of the 4th quarter to seal the game.  As a coach you want to get everyone in the game and we have a big guy of our own who is picking up the game in a hurry, but our other big who has been sick all week with the flu Mayowa Obamakin came out blazing offensively and defensively and I had to reward him late in the game as he was defending well.

We said before the game let’s just win at all cost, we know we are shorthanded with guys missing it can be an ugly win or a blowout, but what ever we do, let’s just win, and we did that.

Shock will now host Oxford Brookes University who have been impressive this season and are 3 and 0 going into the Derby clash.