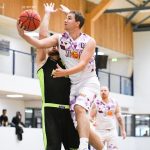 Swindon Shock improved to 2 and 0 after a long shorthanded journey against BSG Bognor Pirates.  “That was a good team we played against with an ex Division one 7 footer who could shoot the 3”  “They caused us some match up problems and we were smart to switch up our defenses throughout the game” said player coach David Colclough.  After leading by 9 at halftime and as many as 15 Bognor Blitz shock in the 3rd quarter in front of the 250 maned crowd.

Simon Kearney shot well keeping the wheels from falling off before Yakin Chowdry went on an 8-0 run to start the fourth that would see Shock never relinquish the lead.  Mark James sealed the game with 3 timely offensive plays taking advantage of high pick and rolls against Bognors 7 footer.

I knew we could run our devils offense because they had to spend so much energy coming back and they had to play the big guy the whole fourth quarter.  I wanted to use my speed to get to the basket said James.

With the crowd getting rowdy and Shock down 5 coach Colclough elected to go with his five starters for the remainder of the 4th quarter to seal the game.  As a coach you want to get everyone in the game and we have a big guy of our own who is picking up the game in a hurry, but our other big who has been sick all week with the flu Mayowa Obamakin came out blazing offensively and defensively and I had to reward him late in the game as he was defending well.

We said before the game let’s just win at all cost, we know we are shorthanded with guys missing it can be an ugly win or a blowout, but what ever we do, let’s just win, and we did that.

Shock will now host Oxford Brookes University who have been impressive this season and are 3 and 0 going into the Derby clash.

This season Shock Wheelchair will be competing in South West League. We are still welcoming new players of all abilitiy.

The new season for Swindon Shock Basketball Club in National League will produce new faces and bigger challenges. The club is in talks with the council and local businesses to refurbish our home court with the vision of a Center of Excellence for Basketball, that could carry the club forward for an additional 10 years.

Furthermore Shock would like to put out a special thanks to Kennys Fascias for sponsorship towards alternative kit. Thank you on behave of our National Team.

National schedule is out and we are also welcoming our local team to a Division 2 promotion in WESSEX. Congratulations and Lets go Shock!

Swindon Shock Wheelchair Basketball played Leicester Cobras in Division 1 South. Shock were looking improve on the result from the reverse fixture earlier in the season, where Leicester had won by 10 points.

Shock got off to a great start with Player Coach Lewis Bird scoring 12 points in the 1st quarter. Swindon extended their lead in the 2nd quarter with a confident display. Junior player Wes Newman came on to score 4 points with big performance. Half time score Swindon 25 – 12 Leicester.

Leicester mounted a strong challenge in the 3rd quarter and 4th quarter but with baskets from Martin Lane, Brandon Jones and Lewis Bird, Shock resisted the comeback and showed they are growing in experience. Final Score: Swindon 44 – 34 Leicester

Big thank you to Dave, John and Max for the table. Thanks also to all those that game to support including Antonio and all his friends and family from the US who were celebrating his wedding.

Swindon Shock Wheelchair Basketball are looking for a kit sponsor for 2019.

We can also provide team building events and fun tournaments for your staff.

Please get in touch with Ben Humphrey email: benhumphrey@hotmail.com phone: 07815 776593 for more details 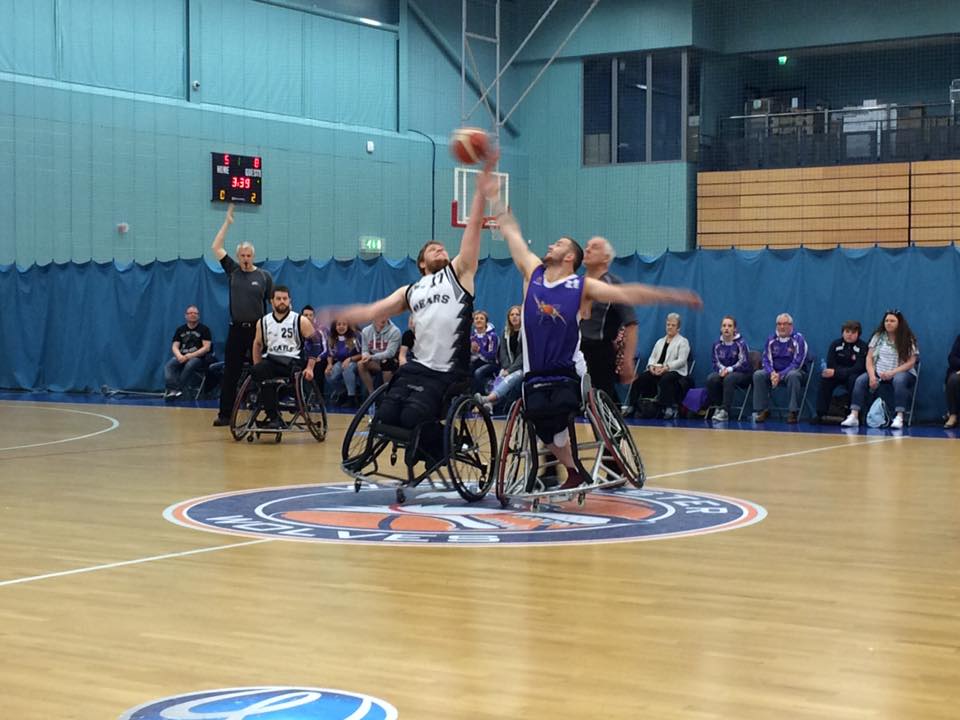